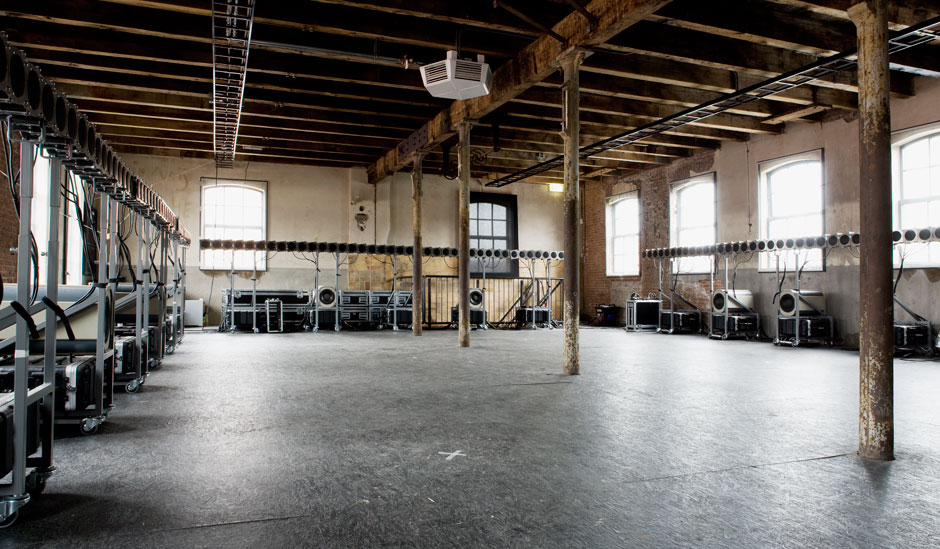 Wave Field Synthesis is a technique for distributing sound through space in a realistic way. It is based on the Huygens principle, applied to sound. The WFS system from the Game of Life foundation is the only portable system in the world, consisting of 192 speakers set up in a square of say 10 by 10 meters. Amazingly, it is possible to move the sounds outside the square of speakers, as if they come from 50 meters away. The interface for the system is very capable of working with sounds algorithmically or draw movements with a mouse or pen, registering the speed of movement, thus enabling a very precise and organic way of composing. 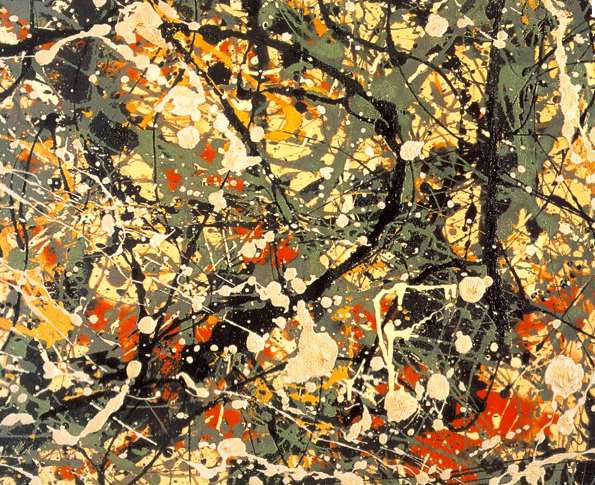 The inspiration for my piece Cosmological Flight, is the way painters Jackson Pollock and Kazemir Malevich used space. The recording here is a stereo mix, not representative for the actual piece. Panning is simulating the spacial design a bit (listen with your headphones). The graphic scores below of the piece gives an idea of the spacial development. 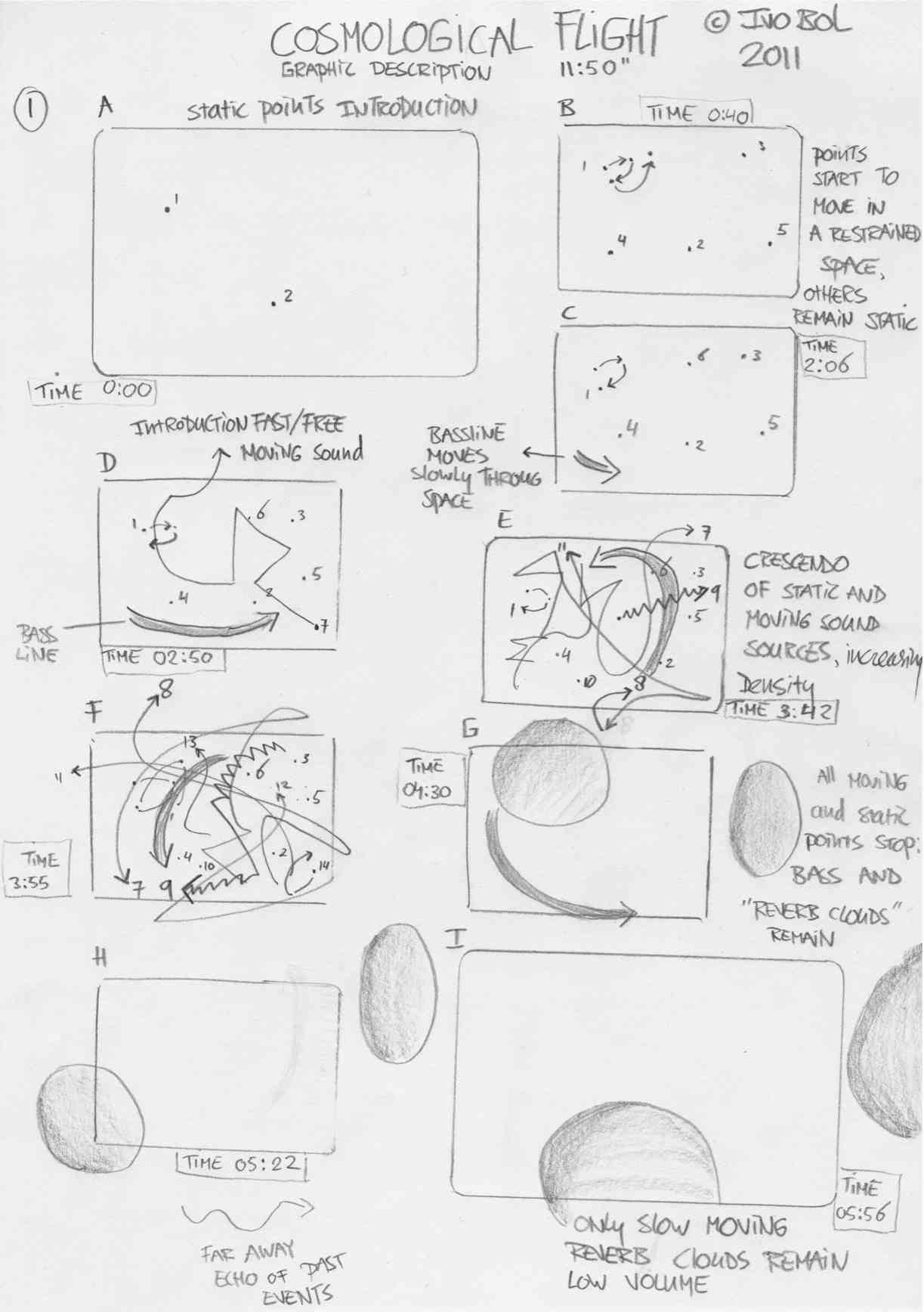 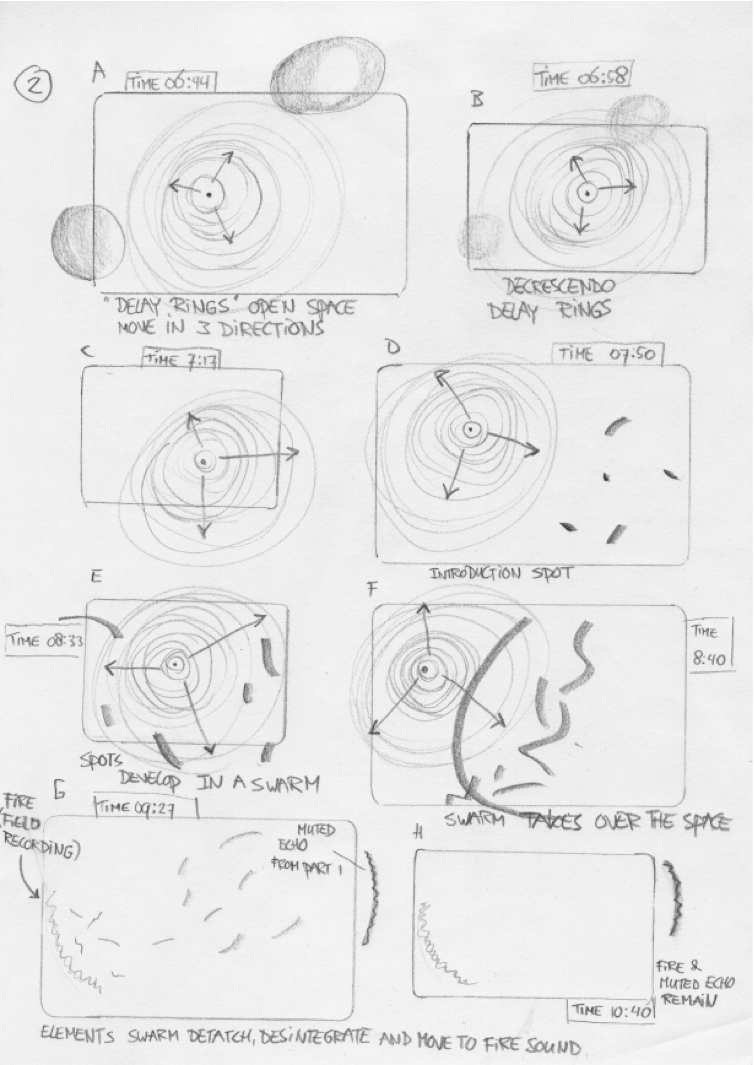 To get an idea of the complexity this is a screen print of the editor showing the design around 4 minutes in the piece. 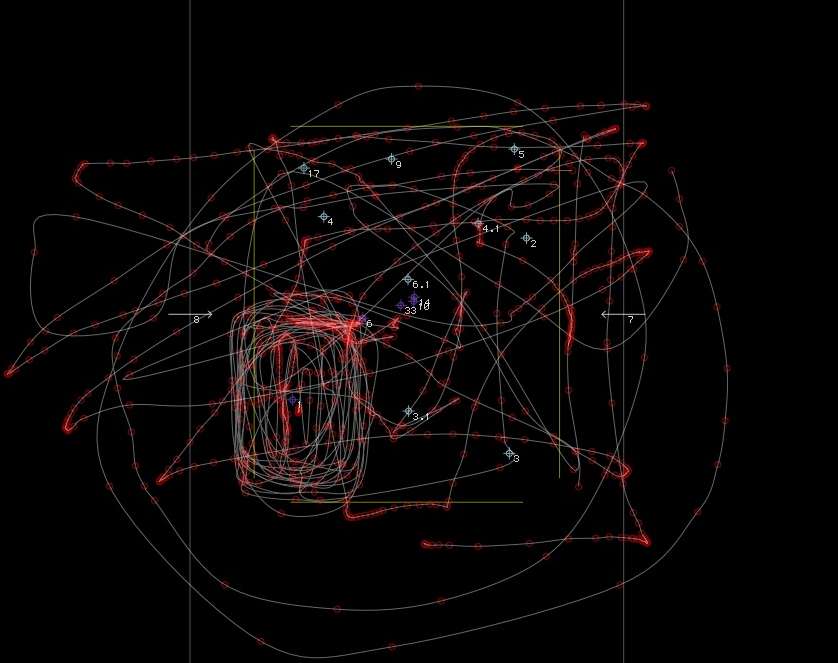 It was first performed at The Gaudeamus Muziekweek in Utrecht on September 11th, the week after in the Stevenskerk in Nijmegen , and on september 23rd – 24th at Todays ARt festival in Den Haag. The next schedule performance is at the Wavefields Festival, december 2nd at OT 301 in Amsterdam, along with some other great works by Kees Tazelaar, Ji Youn Kang, Arthur Sauer and Funckarma.

Cosmological Flight was commissioned by the Fonds Podiumkunsten. 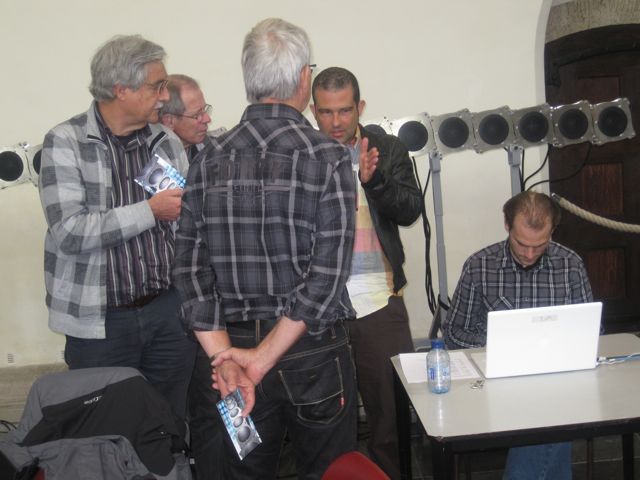