Last night Michel Waisvisz passed away, when STEIM held an event to gather support and celebrate its work. Michel was the creative director of STEIM for 27 years, he developed my favorite instrument LiSa together with Frank Baldé and he was a major inspirational voice in the electronic music scene in Amsterdam and far beyond. The first time I saw Michel he was performing with Laurie Anderson, I think at an outdoor festival in Rotterdam late eighties / early nineties. It was truly magical, Laurie Anderson was playing violin and Michel did something I had never seen before in my life. He moved his hands rhythmically, wearing something that looked like some weird pair of gloves, as if was playing an invisible instrument, creating fantastic sounds. Michel was a true artist with a vision, devoting much of his creativity and ideas into the development of instruments and structures that benefited the larger community of musicians and artists. We will miss you very much Michel. 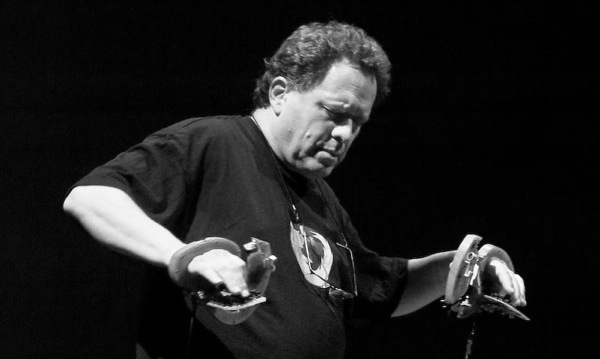