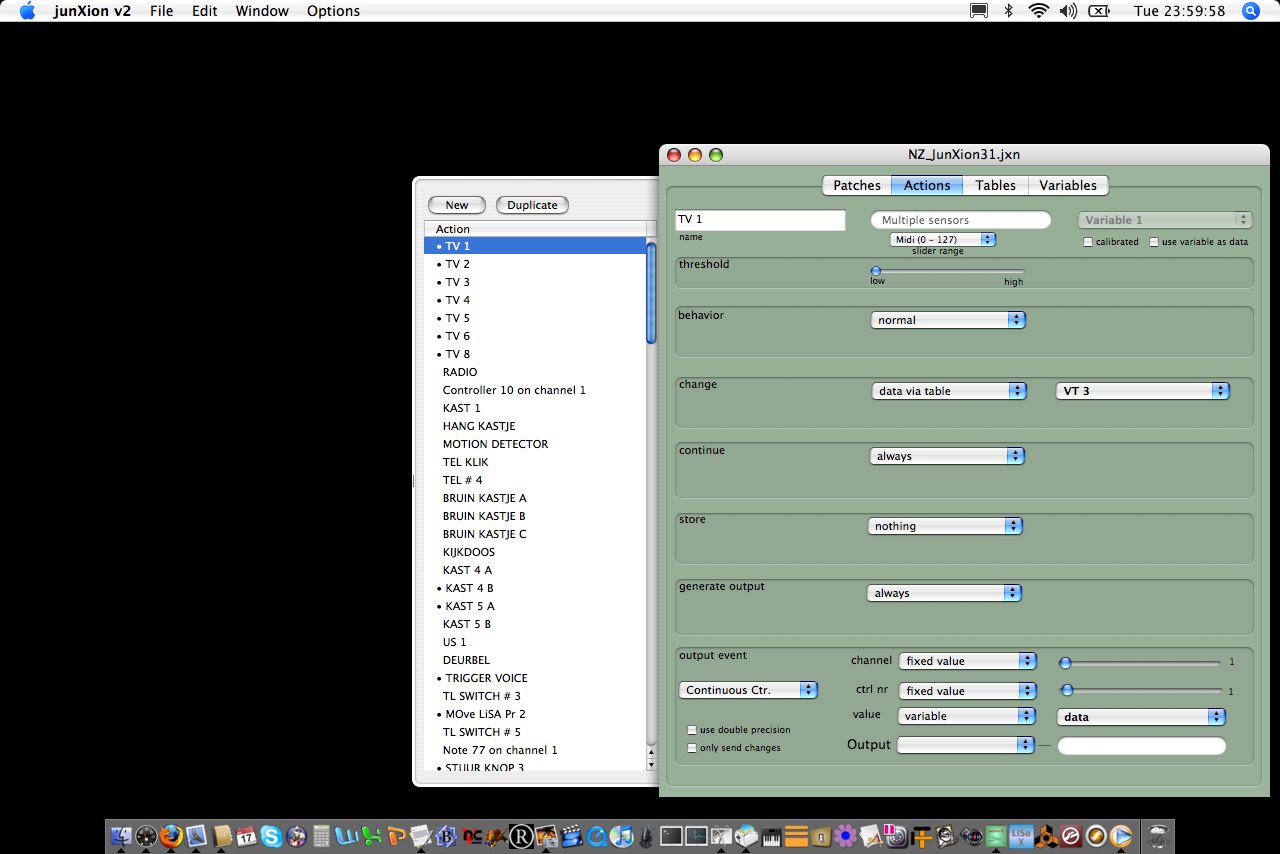 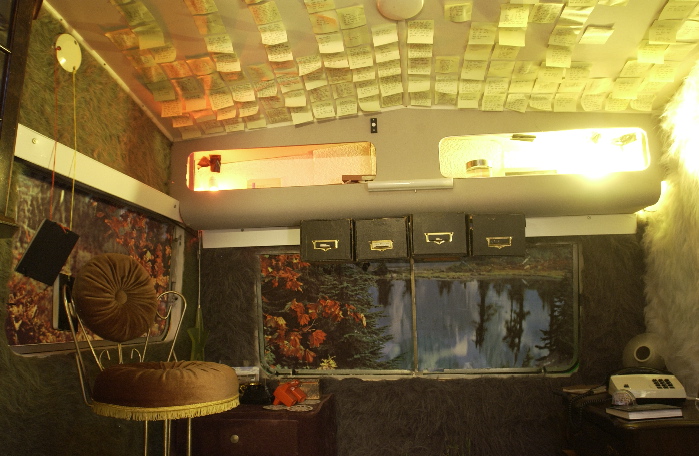 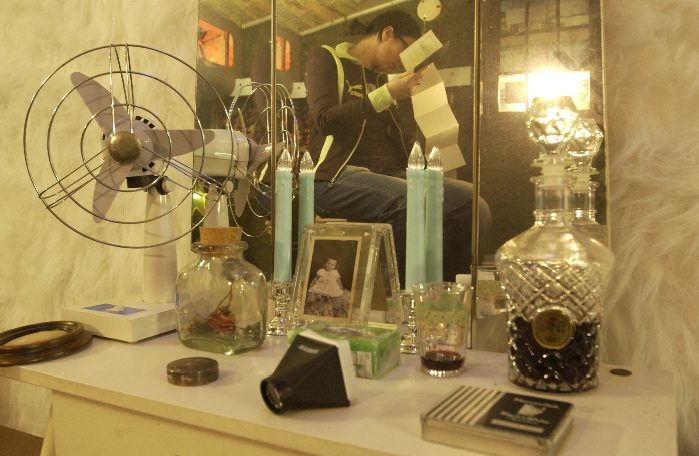 In August 2006 I presented an installation at the performance festival Noorderzon in Groningen, together with artist Miriam Reeders. We totally rebuild a caravan into a multi-sensory experience. One person at the time can visit the caravan and nose around through the objects displayed inside. Miriam wrote a lot of things, some amazing stories and thoughts, she laid out old photo albums, created various small installations and objects, like a “smell box” which contained various nostalgic smells. The caravan is filled with sensors, walking around, opening cabinets or touching objects result in sound and light changes. The idea was originated by Miriam, who makes really cool installations like “The dream Operator” in which dreams are being transformed into animations. The idea for Memory Scan was to allow the visitors to stroll around in the mind of a person with Alzheimer’s Disease, in which old memories are still vividly projected, mixed with confused and puzzling information about the day-to day present.

The first stage of our research was done at the Grand Theatre in Groningen, which produced this project. We continued our work during a residency at STEIM, an organisation commited to develop new media instruments for artists. You can see Benjamin Scheers with the so called JunXion Bo which he build for us there. The JunXion Box is developed by STEIM, you can plug analogue switches and triggers in the box, which can be translated into MIDI or OSC with the JunXion software. This allowed us to place pressure sensors underneath the floor and switches behind the cabinets and drawers inside the caravan.

When someone opens a drawer or just walks around in the caravan MIDI commands are generated by the JunXion system, sending MIDI data to the light system or to LiSa, a soundprocessing software also developed by STEIM. As you can see in one of the pictures it resulted in a crazy amount of cables going in and out the caravan, into the JunXion Box, then into the computer and into various mixers and amplifiers, sending sound back to various speakers in and underneath the caravan.

The way that the system was set up the visitor inside the caravan was triggering all the light and sound changes, as an independent system without me touching any buttons or faders. I am generally interested in creating semi-autonomous systems for generating sound events, in this case the challenge was to create an interesting sound and light environment. Also we were determined not to allow the technique to dominate the atmosphere but to draw the visitor into the beautiful setting which Miriam created with her collection of found objects, old photos, drawings, animations and stories.

The experience was different everytime, depending on which cabinet was opened first, with a certain ratio of predictability build in in the beginning. Some triggers were setup to change the function of all the other triggers, so the result was not always the same. To give you an idea: when a person would open a cabinet the phone would start ringing. The phone was usually picked up and the person was asked to read on of the thoughts written on the yellow papers stuck to the ceiling. The voice was recorded and played back later, but which sounds were played or lights were changed after that depended on the level of activity of the visitor and also the order of doing things.

Produced by Grand Theatre and STEIM