THERE IS NO SUCH THING 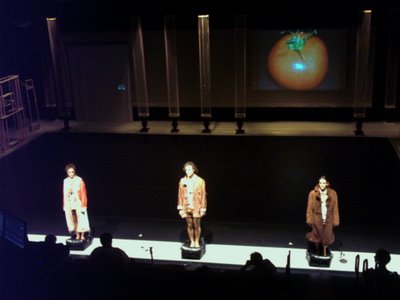 In the first scene recording, playback and manipulation of sound was generated live on stage by the performers. The dancers step on a kind of cushions or martial-arts pillows. The sound of the air coming out of the pillows was recorded into a buffer in my computer using LiSa (a live sampling application developed by STEIM). Underneath the pillows I attatched pressure sensors (available at sensyr.com) that send out midi using the JunXion box (the JunXion Box is a analogue to MIDI box developed by STEIM, see also my Blog “Memory Scan”) in this way allowing the performers to controll playback and filtering parameters. The sound always came later than you expect, this resulted in a strange but very interesting scene. 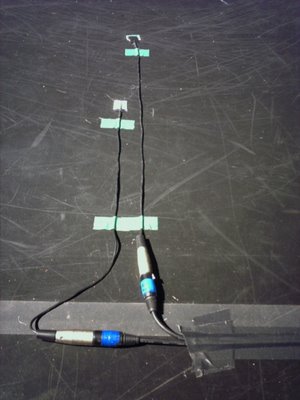 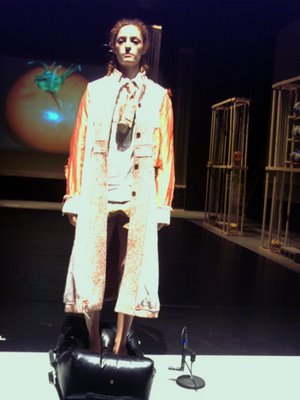 Luis created a great choreography, designed a beautifull stage, made the video projections, had costumes made for every audience member and new covers for all the seats. His choreography was very well performed by talented dancers, the show was kick-ass and it was a great pleasure working on the project. 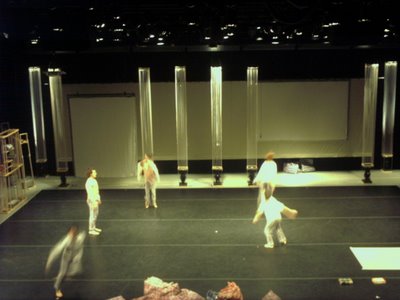 When I was in New York we had elections in Holland…our prime minister Jan-Peter Balkenende was the winner of the elections unfortunately, even though his party lost seats in parlement. Worse even the Socialist Party with the populist idiot Marijnissen and the xenophobic party PVDV with their “great leader” Wilders were the big winners of these elections…God help us (if he would exits). 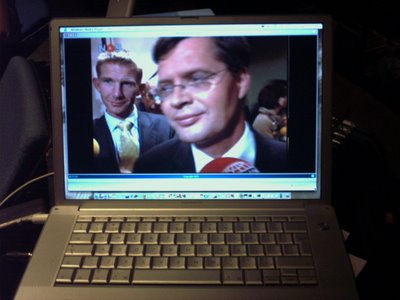